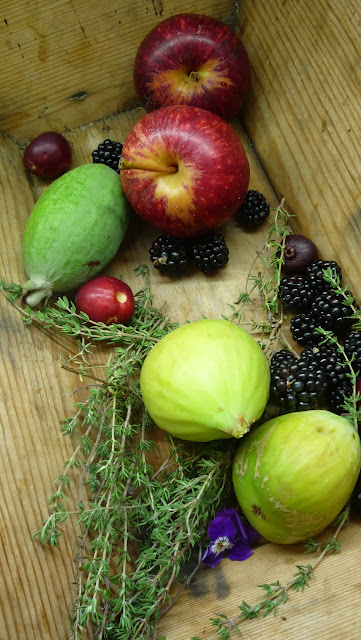 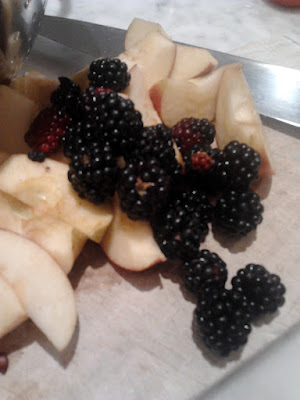 I love the light and air this time of year. Even after such a forlorn summer, the chill is invigorating, and the as the sun turns more to silver than gold, I feel enlivened.The blackberries we planted some time ago have finally decided to settle in, and the crop this year was constant and tasty. I thought a tarte tartin would be a winner with a few luscious berries added. I used a 10 inch cast iron frying pan, which I bought at the Panmure market for $10 and use for everything. Core apples or pears (peel them too, if you can be bothered, which I can't if the apples are thin skinned and nice), slice tidily, and roll in enough lemon juice to stave off the browning effects of oxidation. Set oven to 190 degrees, and take your pastry sheet out of the freezer - I use Paneton flakey pastry sheets which are easy and very good quality. Cut a circle of pastry to just fit your pan.Put 200g sugar in the frying pan with a couple of tablespoons of water and heat gently, stirring until boiling. After this point, lift heat to medium and swirl to spread the caramelization, being careful not to splash. Do not taste - caramel burns are like oil burns, painful and even dangerous. Stir in a knob of butter, and place the apple slices (with points for artistic merit) in the caramel, pour the blackberries over, and simmer gently about 5 mins until the apple is softened, turning if necessary. Place pastry on top, and put in the oven to bake until pastry is puffed and golden, about half an hour.Cool about 5 minutes, and check the pastry will dislodge from pan. Place a board over the top of the pan, and flip - confidence is everything - and there you have it.
Gorgeous! 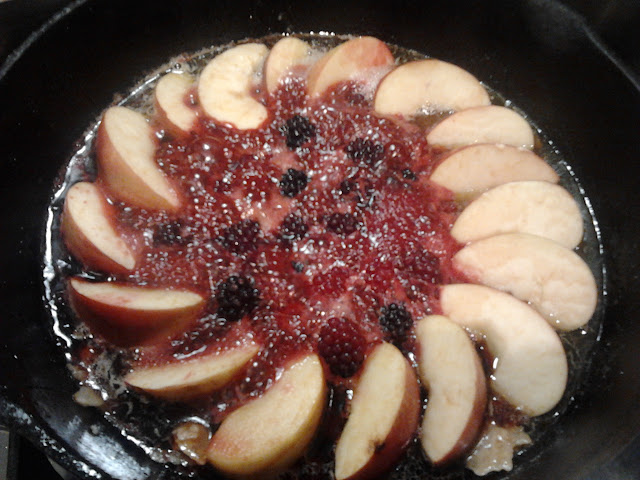 My favourite cheese (if it is possible) has finally bjeen recognised. We ran this when we opened in 2010, and in my, albeit humble, opinion, this cheese will stand the test of time with the Whitestone Blues, Clevedon Buffalo mozzarella and others to become an iconic NZ cheese. It is the Darfield, and was awarded Champion Original Cheese this year in the 2012 Cuisine Cheese Awards. Anna Moorhead has combined art with food perfectly. The cheese is fresh, with a shelf life of about 3 weeks, I think, of creamy consistency, and pungent with white mould, not for the fainted hearted, with a French ash layer through the middle. When cut, this ash line schmears to become a seismograph reading, a memorial to the September Earthquake centred on Darfield, 20 kilometres from Anna and her father Ev's goat farm. I love it, and we sell plenty when it is available, as well as the wonderful Fromage Blanc. Grown men have been called to comment on the Fromage Blanc in a roquette salad with pears, roasted or not, and nuts...almonds or walnuts, dressing of avo oil and real lemon juice, pepper and salt. My favourite is on pizza, I am embarrassed to say, with Hungarian Deli's Black Pudding, and a sprinkle of roquette, maybe a squidgeon of grated Neudorf .

I had an interesting customer in some time ago, fresh from Japan, where she is a contributor to an online children's fashion magazine popular in Japan and France.Her name is Maki Kakimoto, and she was kind enough to notice my store, and write about it on her blog. The blog is lovely.. a record of a mother with children in another country, how it looks and feels. http://milkjapon.com/blog/kakimoto/2012/03/spencers.html

The mag is MILK and it is great.
www.milkmagazine.net
Email Post 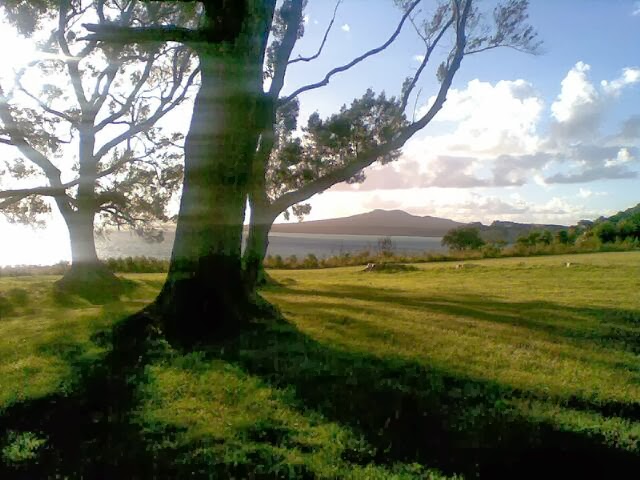 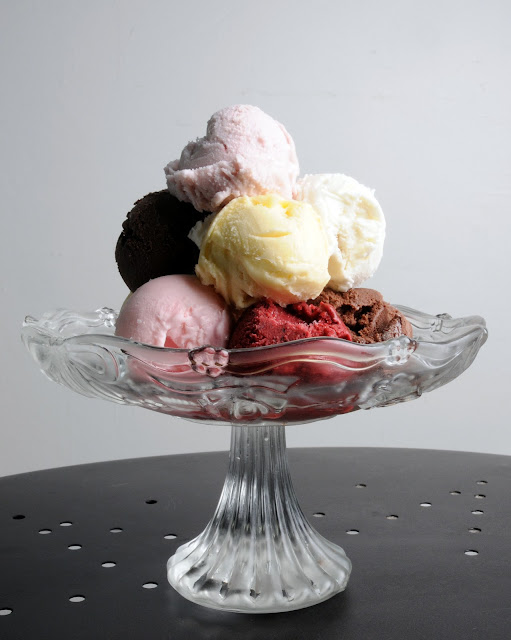